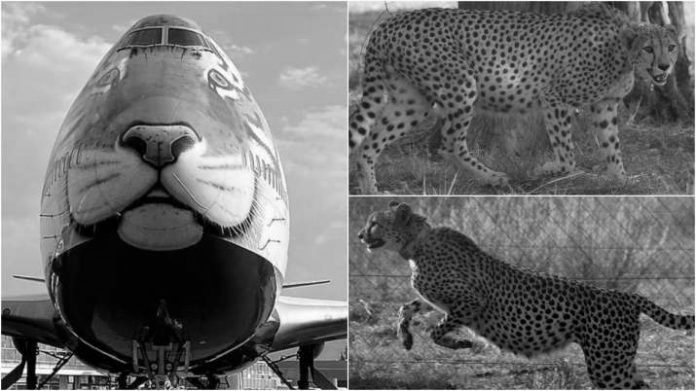 After 70 years, cheetahs are making a comeback in the nation. In honor of his birthday on Saturday, Prime Minister Narendra Modi will leave three of the eight cheetahs being transported from Namibia to Madhya Pradesh’s Kuno National Park in the quarantine area. Five female and three male cheetahs between the ages of 4-6 are being transported on a Boeing 747 cargo airplane that has been hired.

The National Tiger Conservation Authority’s Secretary and the head of the Cheetah Project, SP Yadav, announced on Friday that on September 17’s morning, a special aircraft carrying the cheetah would land in Gwalior. They will be driven there before visiting Kuno National Park.

Eight cheetahs, a crew, wildlife experts, vets, scientists, government officials, the Indian High Commissioner to Namibia, a mobile marker cheetah specialist, and three biologists will all be aboard the plane, according to Yadav. Cheetah transport adheres to international norms.