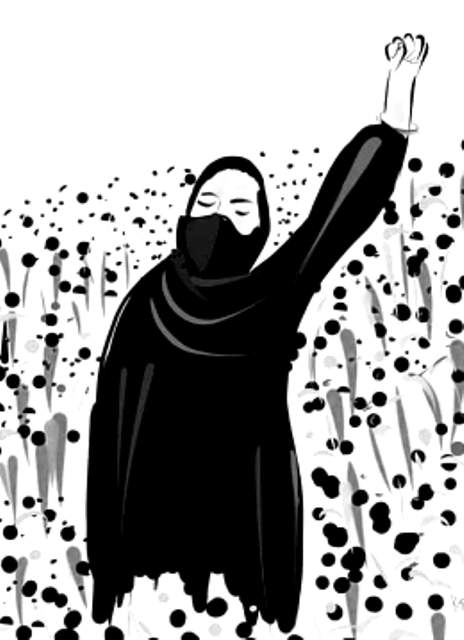 Ayodhya: : Muslim Rashtriya Manch, the RSS’s Muslim wing, has backed Bibi Muskan’s call for a hijab and condemned the saffron frenzy that has surrounded her.
“She is a daughter and sister of our community,” Anil Singh, Avadh prant sanchalak of Muslim Rashtriya Manch, told reporters. We are here for her in her hour of need.”
The Muslim Rashtriya Manch issued a statement saying that Hindu culture teaches women’s respect and that those who chanted “Jai Shri Ram” and attempted to terrorise the girl were wrong.
According to the statement, “the girl has the constitutional right to wear a hijab.” The institution has the right to take action against her if she broke the campus dress code.
“It is unacceptable that boys wearing saffron scarves chant ‘Jai Shri Ram.’ The RSS leader stated, “They have defamed Hindu culture.”
“Hijab, or purdah, is an important part of Indian culture, and Hindu women wear purdah if they want to.” “Bibi Muskan is in the same boat,” Singh added.
“As our sarsangh chalak has stated, Muslims are our brothers, and their DNA is identical.” “I appeal to Hindus to accept Muslims as their brothers and sisters,” Singh added.

Rahul Gandhi urges people to vote for freedom from fear