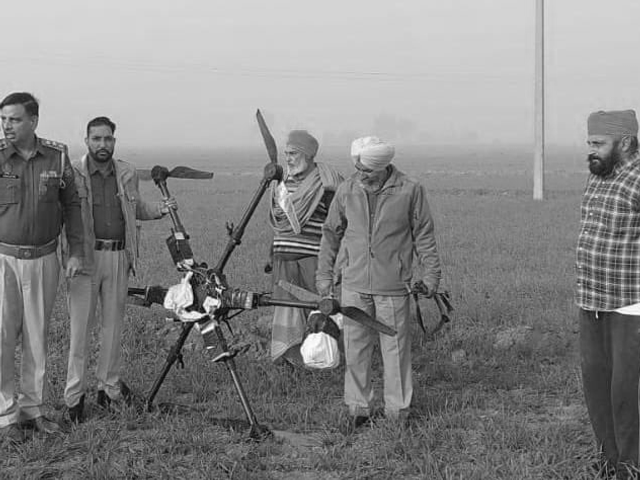 According to BSF, at around 12 o’clock in the night, the sound of the drone was heard by the jawans. The exact location could not be ascertained due to fog. Due to which BSF started firing. After this, BSF teams conducted a search operation in village Churiwala Chusti. Meanwhile, a bag was found in the fields.

BSF officials said that when the bag was opened, it contained three big packets. On opening these packets, nine packets of heroin were recovered from them. Whose total weight was seven and a half kilos. The international value of heroin is estimated to be around Rs 56 crore. Along with this, BSF has got a pistol, two magazines and 50 rounds of .9 mm.

My book launch: The COW in Kargyll and The Lahore Connection

World is worried about the new wave of Corona

No Entry For Congress as Akhilesh Yadav, Mayawati To Contest 50-50 In UP