Headlines :
Historians unearth a rare Vishnu sculpture in Telangana Hyderabad has been painted pink in preparation for the TRS plenary session Molnupiravir – an oral antiviral drug to strengthen our fight against COVID-19 KVB Reddy Inducted in Construction World’s ‘Hall of Fame” Is Menopause Causing Bone Loss And Your Skin To Sag? Telangana’s e-voting pilot project in Khammam, Hyderabad, is a success The UP police are dragging their feet in the Lakhimpur Kheri case :SC Protests in Andhra Pradesh : many TDP leaders were arrested Volvo Car India introduces Petrol Mild Hybrids Farmers in Punjab are blocking railway movement as part of a ‘rail roko’ protest against the Lakhimpur tragedy
/ Aam Aadmi Report, Grrr

Girl gets married to father of a lover and becomes mother 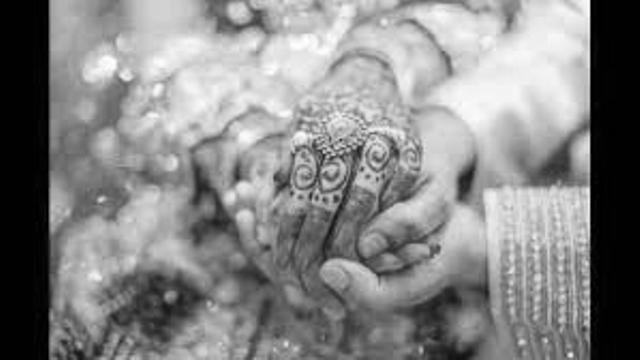 An incident has occurred in Samastipur district of Bihar, which is not getting anybody’s neck. For the sake of her love, the girl married her father instead of the boy. When the reason came to the public, everyone was stunned.

In fact, a girl from a village in Halai OP area of ​​Samastipur has fallen in love with a boy studying in her own college. Gradually, love has been granted that the matter has reached marriage. The girl hurriedly reached home without informing her in the house. Upon arrival, it was found that the boy is a minor and he can not get married.

On the other hand, the girl’s house had registered a case of abduction of the girl in the police station, in which four people were nominated. The police was interrogating the case. When this girl and her minor boyfriend came to know about this, then the ground under their feet slipped. Lovers couple put together a unique way of living together The girl got married to the boy’s father.

The boy’s mother died a year ago. In such a situation, it was decided that the girl should get married to the boy’s father. Now the girl had become a mother of lover in the eyes of the world, while she was both lovers inside the house.

When this matter came to the police in front of the police, he was shocked too. At present, the police has arrested the boy’s father, while the girl has been presented in court and sent to her parents.

After seeing the actor beaten up on-screen, a young Sonu Sood fan smashes the television

J&K and Ladakh have declared independence from India, according to Twitter

GRRR! Man asks sexual favours from a woman in exchange for oxygen cylinder

Grrr! A woman was burnt alive by her family members in UP for having a Muslim lover

Is Menopause Causing Bone Loss And Your Skin To Sag?

Telangana’s e-voting pilot project in Khammam, Hyderabad, is a success

The UP police are dragging their feet in the Lakhimpur Kheri case :SC

Protests in Andhra Pradesh : many TDP leaders were arrested