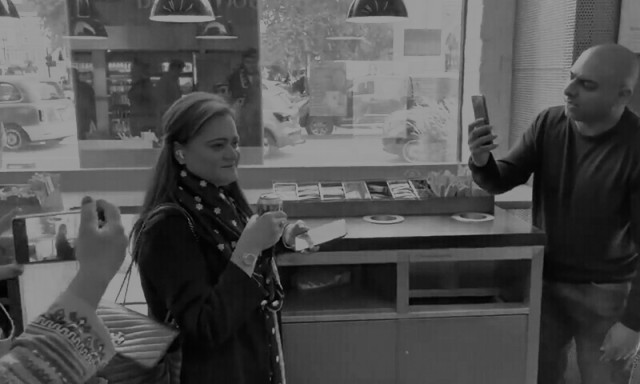 Some female protesters criticized her for wearing an expensive-brand handbag while she was out in public. Information Minister Marriyum Aurangzeb, who was in London at the time of Pakistan’s worst-ever floods, had a difficult day as some “PTI fans” jeered at her and screamed “chorni chorni” at her (thief, thief). In a number of videos that have gone viral online, Pakistanis living abroad criticize the minister for traveling while the nation is being devastated by floods.
Some even followed the minister into the coffee shop and berated her for spending Rs 2,000 on a cup of coffee. People could be heard in the video stating, “What a scumbag she is. She is sipping coffee in London as the nation is dealing with floods that have left thousands dead and countless people missing.”
Aurangzeb was accused of “making grand claims on television there but here she does not carry a dupatta on her head,” according to a woman in the video. But over time, the minister showed remarkable patience and maintained his composure. In some footage, she is seen persuading the demonstrators to engage in conversation rather than heckling her.
“The reputation of Pakistan is damaged by this approach. I have addressed all three of your queries that you posed to me. The minister advised the demonstrator, “This is how to have a decent dialogue.