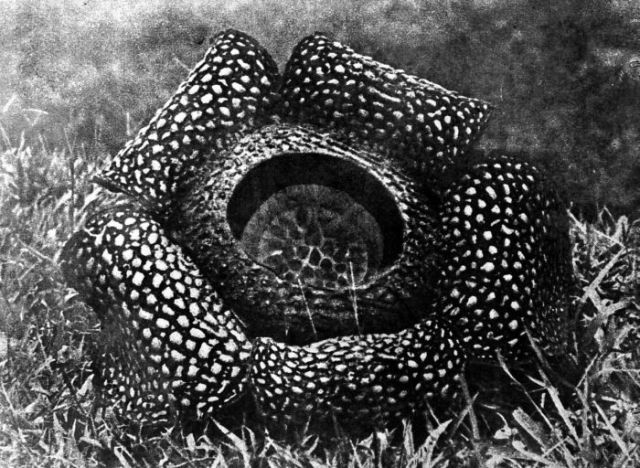 Jakarta : Rafflesia, the largest flower in the world, is in bloom once more in Indonesia. An individual who went on a woodland excursion provided this information. When fully bloomed, it can have a diameter of up to three feet. Like other flowers, it has no aroma and has a terrible odour. The individual who discovered this blossom posted a video of it online.

This flower, known as the “dead plant,” is native to Sumatra in Indonesia. It can grow up to 7 kg in weight when fully bloomed. The enormous bloom is seen laying on the ground in the woodland in the uploaded video. After fully blooming, this red flower has five petals with white dots. A massive swarm of bees was visible in the centre of the bloom as the guy who took the video zoomed in on it. There are about 20 different Rafflesia species in the world, and eight of them can be found in Indonesia and Malaysia.

According to scientists, this enigmatic parasitic plant is rooted in the earth. It only retains its shape for one day following full bloom. The following morning, this blossom falls from its stem like a rotting mushroom. It smells strongly as well. It is quite challenging to endure. This kind of flower is regarded as rare. It can reach heights of up to four feet when fully bloomed. The Indonesian island of Sumatra is the only place where these flowering plants may be found. Due to the ongoing destruction of Sumatra’s forests, this plant is now in danger of being extinct.