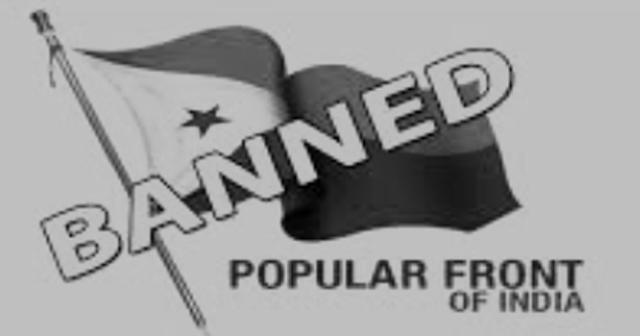 The Central Government on Wednesday morning banned the Popular Front of India, ie PFI, for 5 years. Apart from PFI, action has been taken against 8 more organizations. The Ministry of Home Affairs has issued a notification to ban these organizations. Evidence of terror links has been found against all of them. The Central Government has taken this action under UAPA (Unlawful Activity Prevention Act). The government said the activities of PFI and its affiliated organizations are a big threat to the security of the country.

Basis and allegation of banning
The central government is imposing a 5-year ban on PFI and its 8 organizations under UAPA. This step is being taken after an investigation by the agencies. PFI and its affiliated organizations are supporting terrorism in the country.

Secret Agenda of PFI
It is clear from the criminal and terror cases that this organization has shown disrespect towards the constitutional power of the country. Due to the funding and ideological support from outside, it has become a major threat to the internal security of the country. PFI is openly a socio-economic, educational and political organization but it is working on its secret agenda of radicalizing a particular section of society. This is bypassing the democracy of the country. It is not respecting the constitutional framework.

Reasons for the strength of PFI
PFI formed its allies and fronts, its purpose was to increase penetration among youth, students, women, imams, lawyers and weaker sections in society. The sole goal of PFI behind this penetration was to increase its membership, influence and fundraising capacity. The massive reach and fund-raising ability of these organizations were used by PFI to increase its illegal activities. These allied organizations and fronts continued to strengthen the roots of PFI.

Funding of PFI and Action on it
People of PFI and its affiliated organizations collected funds from India and abroad through banking channels, hawala and donations etc. It was a part of their planned criminal conspiracy. Small portions of this fund were transferred to multiple accounts and it was shown that it was a legal fund. But, it was used in criminal, illegal and terrorist activities.

The means through which money was transferred to bank accounts by PFI also do not match with the profile of the account holder. The activities that PFI claims to have done through this fund were also not done. After this Income Tax cancelled the registration of PFI and Rehab India Foundation. The governments of Uttar Pradesh, Karnataka and Gujarat also recommended banning PFI.

International Connection of PFI
Many such incidents have come to the fore, in which evidence has been found that the members of PFI have links with global terrorist groups. Members of the organization have joined ISIS in Iraq, Syria and Afghanistan. Many were killed in encounters. Several members were arrested. In the country too, the state police and central agencies arrested the members. Some of the founding members of PFI were leaders of SIMI. It had links with Jamaat-ul-Mujahideen Bangladesh. Both of these are banned organizations.

Criminal and Terror Activity of PFI
The investigation of many cases has revealed that the PFI and its cadres continued to repeat violent and destructive activities time and again. The crimes committed by the PFI include cutting off the hands of a professor, killing people of other religions, collecting explosives to target celebrities and places, and causing damage to public property.
Sanjeet (2012 Kerala), V Ramalingam (2019 Tamil Nadu), Nandu (2021 Kerala), Abhimanyu (2018 Kerala), Bibin (2017 Kerala), Sharath (2017 Karnataka), R Rudresh (2016 Karnataka), Praveen Puyari (2016 Karnataka) , Shashi Kumar (2016 Tamil Nadu) and Praveen Nettaru (2022 Karnataka)…. PFI was involved in the murder of all of them.

A tribute to the Missile Man of India– Dr. APJ Abdul Kalam