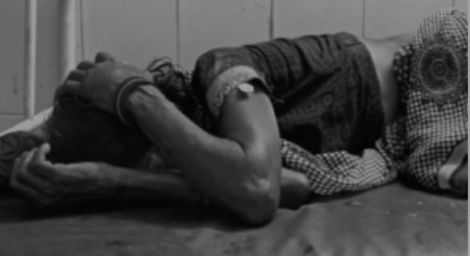 A case of shaming humanity has come to light in Dumka, Jharkhand. An incident of horrific torture of four people, including three women of a family, has been registered here by terming them as witches.

The gangsters of Aswari village under the Saraiyahat block of the district forcibly made them drink excreta and urine and fired them with hot iron rods. Here the fear of the oppressors is such that the oppressed people were tormented with pain for hours all night, but they could neither muster the courage to go to the police nor tell anyone about it.
On Sunday, after someone got information about the incident, the police reached the village. After this, all four victims were admitted to the hospital for treatment.

It was told that on Saturday night, a person named Jyotin Murmu called a meeting of the people of the village. In this, three women of Srilal Murmu’s house were called witches. It was said that the animals and children of the village were getting sick due to their witchcraft, after which about a dozen people armed with sticks and weapons attacked his house. Three women of the family, Sonamani Tudu, Rasi Murmu, Kosa Tudu, and Srilal Murmu were severely beaten up. After this, all four were caught and forcibly put excreta and urine in their mouths. The attackers fired at them with hot rods.