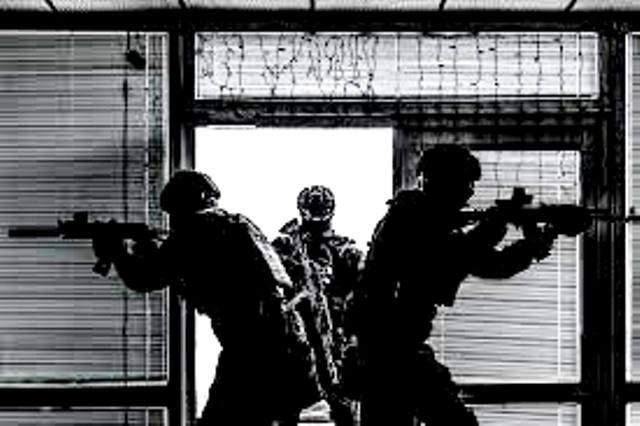 Srinagar: Pakistani terrorist Abu-Huraira, associated with Jaish-e-Mohammed terrorist organization, was killed during an encounter in the Batpora area of ​​Kulgam district of South Kashmir late on Monday night. This information was given by ADGP Kashmir Vijay Kumar.

ADGP Kashmir Vijay Kumar has informed through his official Twitter handle that the slain terrorist has been identified as Abu Huraira, who is a Pakistani terrorist and is associated with the banned terrorist organization Jaish-e-Mohammed. Incriminating material, arms and ammunition including rifles have been recovered along with the body of the terrorist.

Let us inform you that during the encounter that started between the terrorists and the security forces in the Batpora area of ​​Kulgam district late on Monday evening, two civilians and an army jawan were injured in the firing by the terrorists. All the injured were shifted to a nearby hospital, where their condition is said to be stable. After this, a Pakistani terrorist of Jaish was killed in retaliation by the security forces. The security forces continued the search operation fearing the presence of other terrorists in the area.

TMC rally to envision participation of political leaders from Jammu and Kashmir to Kanyakumari: Mamata

Telangana’s e-voting pilot project in Khammam, Hyderabad, is a success