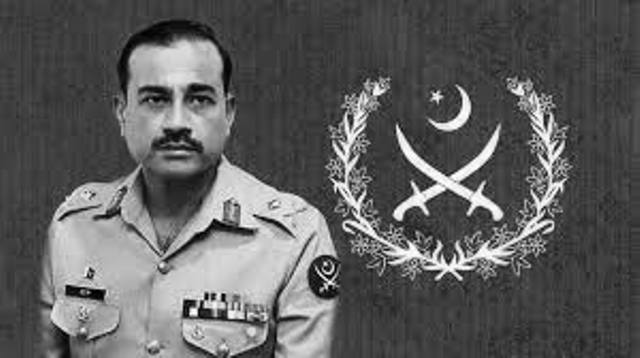 Islamabad : Pakistan has got a new Army Chief. Lieutenant General Asim Munir will replace General Qamar Javed Bajwa, who is retiring on November 29. Munir is the real mastermind behind the suicide attack on a CRPF convoy near Pulwama on the Jammu-Srinagar highway on February 14, 2019. India lost 40 CRPF personnel in this attack.

According to Information and Broadcasting Minister Maryam Aurangzeb, Prime Minister Shehbaz Sharif recommended to President Arif Alvi the appointment of Lt Gen Munir as Army Chief and Lt Gen Sahir Shamshad Mirza as Chairman of the Joint Chiefs of Staff. The President gave its approval.

Munir, the new army chief of Pakistan with a population of 22 crores, a GDP of $350 billion and armed with nuclear weapons, came in the most discussion in 2019. Then, as the ISI chief, he made serious allegations of corruption against his wife Bushra Bibi in front of the then Prime Minister Imran Khan. Now amidst the challenge of economic, political and Islamic fundamentalists, Munir’s decisions will decide the condition and direction of Pakistan. The world knows that Pakistan’s domestic politics and foreign policy revolve around the army chief.

The new army chief Munir has been notorious for hating India and hatching brutal conspiracies. Munir has been the head of both ISI and Military Intelligence, the notorious Pakistani intelligence agency for raising terrorists. Munir is also considered a confidant of the American intelligence agency CIA. CIA has executed many important operations in Pakistan and Afghanistan through Munir. Aseem Munir is considered a scholar of Quran (Hafiz-e-Quran) in Muslim countries.

The announcement of BJP candidates, these seats will be contested in the super fight

Government working towards ‘one country one ration card’, migrants will benefit: Paswan