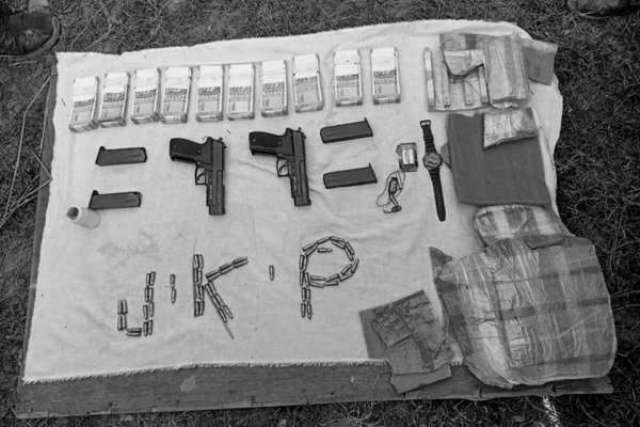 Jammu: Security forces recovered arms and ammunition, as well as cash, from a packet dropped by a Pakistani drone in a field near Channi Manhasan in the Vijaipur area of Samba, Jammu, on Thursday.

The police recovered a steel IED, two pistols, four magazines, several batteries, and a watch, as well as Rs. 5 lakh in cash.

SP supplement According to Samba Surinder Chowdhary, the police team of Vijaypur police station recovered a suspicious sealed packet in the field near Chhanni Manhasan, Samba, after receiving credible information.

According to preliminary information, it is a case of Pakistan dropping a drone in an attempt to smuggle arms and cash to the Indian side for use in terrorism-related activities in Jammu and Kashmir. Officials report seeing drone activity in the Vijaypur area, which is direct across the border from Pakistan.

Senior police officers, including SSP Samba, arrived on the scene and supervised the operation. Searches are being conducted in the area because security forces believe there are more drones in the area.