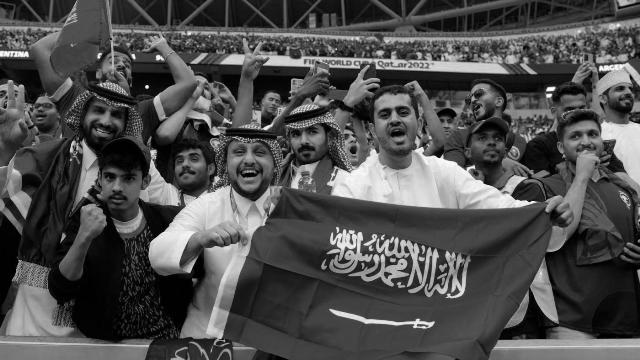 Riyadh : Saudi Arabia has defeated Argentina 2-1 in a big upset on the third day of the FIFA World Cup. After this historic victory, there is an atmosphere of celebration all over Saudi Arabia. The Saudi Arabian government, doubling the joy of this victory, has announced a holiday for the citizens in the entire country.

On this historic victory of the team, King Salman has announced a day off in Saudi Arabia. There will be a holiday in Saudi Arabia on 23 November to celebrate this victory. This holiday has been given to all the employees of government and private as well as all the students.

Argentine team was invincible for the last 36 matches, but in this match they had to face defeat. Argentina’s team was leading 1-0 after the first half in this match, but Saudi Arabia showed a great game in the second half. Saleh Alshehri scored for Saudi Arabia in the 48th minute to level the match at 1-1.

The fans of the team looked very excited after the victory of Saudi Arabia. One fan said, “Thank God, the players were very excited and they beat Argentina.” They were counting on one player, we competed as a team and we beat them, we are very happy.

Fahd Al-Kanani, a fan who traveled from the Saudi Arabian capital Riyadh to Qatar, said: “After that second goal, I thought we could win 4-1.” I wasn’t as worried as some of my friends. We just had to defend. All the pressure was on Argentina. The heroes of Saudi Arabia’s victory were Saleh Alshehri and Salem Al-Dawsari, who scored one goal each. Captain Lionel Messi scored the only goal in the match for Argentina.

I-T raids on Telangana ministers and their families continue