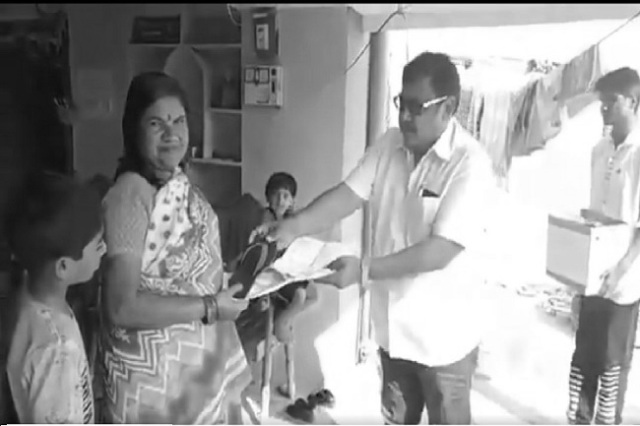 Telangana: Akula Hanumanth, an independent candidate from Koratla, is handing out slippers to voters, asking them to hit him if he fails to deliver on guarantees once he’s elective.
As a campaign for December’11Telangana assembly election picks the pace, one candidate has adopted a singular strategy to convince voters..
“If I don’t work once winning, you’ll hit me with the slipper,” he says whereas handing out slippers.
Hanumanth is up against ruling Telangana Rashtra Samithi (TRS) candidate K Vidya Sagar Rao .Mr. Vidya Sagar Rao has won the Korutla seat thrice consecutively.